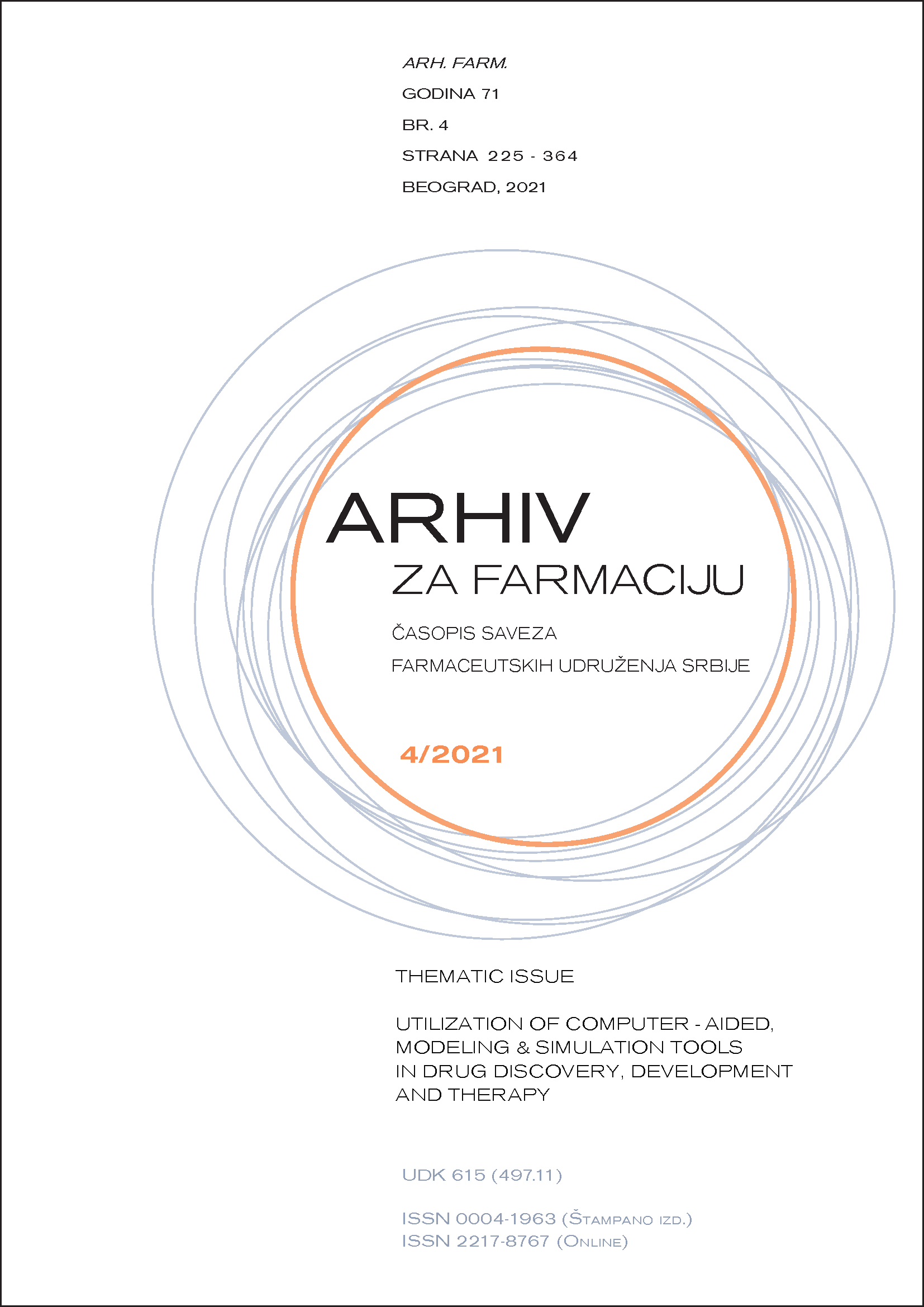 A word from the guest editor

Dear Readers of the Archives of Pharmacy,

It has been my great pleasure to edit this thematic issue entitled Utilization of Computer-Aided, Modeling & Simulation Tools in Drug Discovery, Development and Therapy.

Drug development encompasses a series of activities which include molecule screening and choosing a drug candidate among many potential compounds, preclinical and clinical research, and, finally, post-marketing surveillance. Modeling and simulation is a collection of scientific approaches used to support, and to inform crucial drug development and therapy decisions. These tools have already demonstrated many contributions including but not limited to: discovery of targets for drug action, characterization of potential drug activity and its pharmacokinetic properties, assessment of toxicity and drug safety issues, possible drug combinations and drug-drug interactions, support go/no-go decisions, pharmaceutical formulation development, define dosage ranges for special patient populations, identify end-points, choose the most advantageous trial design to provide needed information for study objectives, etc. At the same time, it allows the integration of the knowledge gained from early to/throughout ongoing studies. In addition, these techniques possess a great potential to reduce the costs and save the time by avoiding unnecessary trials. During the last two-three decades, model-informed drug discovery and development for both small (traditional chemical-based) and large molecules (biologicals) has been greatly supported by the regulatory bodies, and it is integral part of drug development process.

The authors of the articles in this special issues are experts on a particular theme. Hence, the resulting collection of articles offer a valuable and comprehensive insight into latest research trends and novel computer-aided, modeling and simulation methodologies used in all stages of drug discovery, development and therapy. This thematic issue of Archives of Pharmacy provides an overview of commonly used computer-aided drug design methods used during rational drug design and synthesis of novel compounds; the use of in silico methods in toxicity testing, including preclinical trials and drug impurities toxicity testing; the application of the design of experiments-based analytical quality-by-design concept in order to rationalize the different stages of the liquid chromatography method development workflow. In addition, use of various tools and approaches in pharmaceutical formulation development has been extensively covered in this issue, comprising machine learning algorithms and artificial intelligence methods, as well as physiologically-based pharmacokinetic/biopharmaceutics modeling approaches. Furthermore, the importance of population pharmacokinetic-pharmacodynamic models during drug development and clinical practice are described with an emphasis on dose optimization due to various sources of variability. The decision tree and Markov model, as the most commonly used pharmacoeconomic modeling techniques, are reviewed in the last manuscript of this issue supporting rational drug prescription and policies on medicines reimbursement.

University of Belgrade - Faculty of Pharmacy

Department of Pharmacokinetics and

MAKE A SUBMISSION
© Copyright 2021. Centre for Evaluation in Education and Science
This field is required.
Close
Ensuring a Blind Peer Review