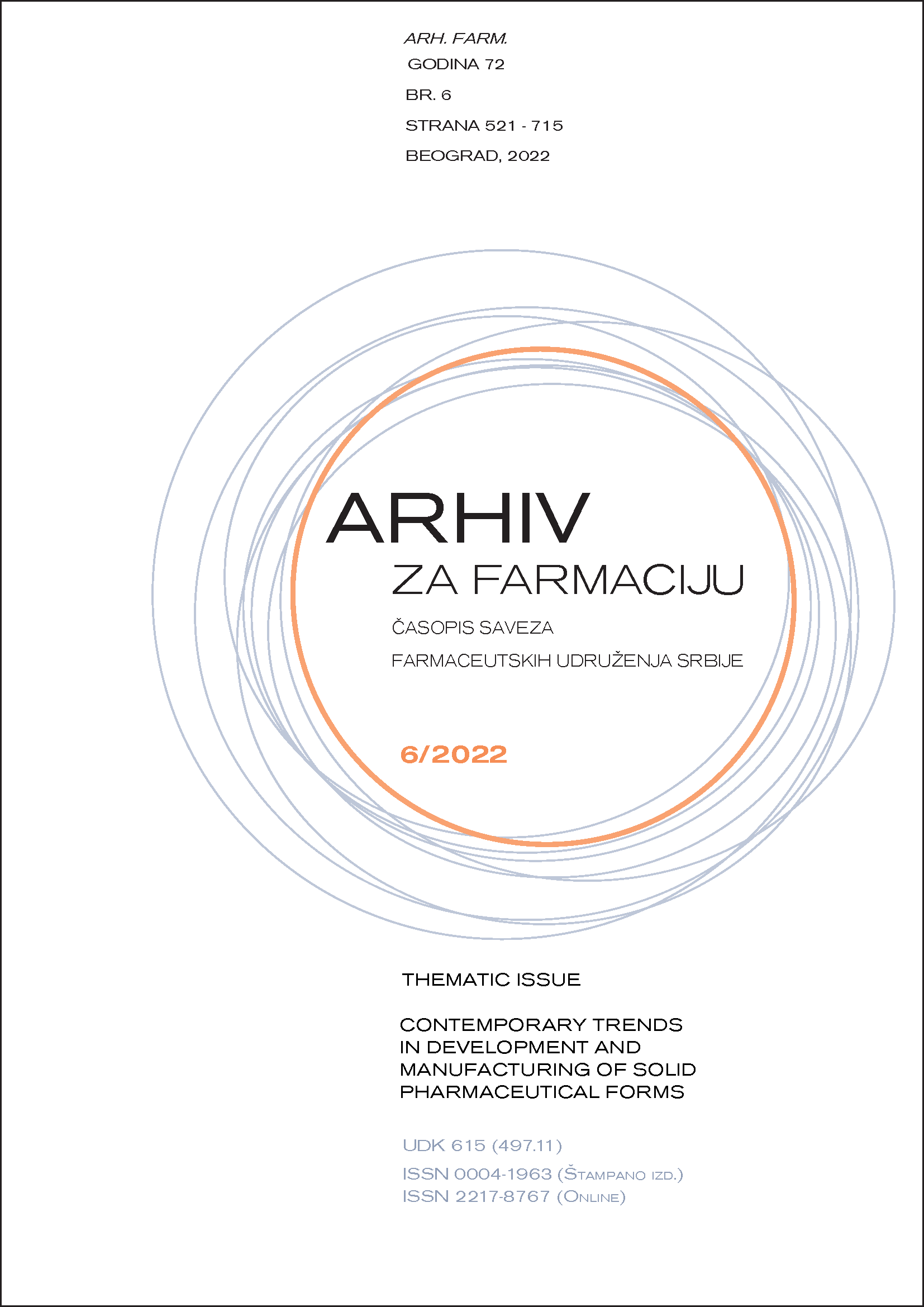 A Word from the Guest Editor

Solid dosage forms are the most commonly used pharmaceutical forms on the market. There are several reasons why most active pharmaceutical substances are formulated and produced in this form: first of all, the stability of the active substance in a solid state, the possibility of mass production, distribution, transport and compliance by patients. In recent decades, drug manufacturers have faced numerous challenges when it comes to the production of solid dosage forms. On the one hand, a great challenge is the formulation of a large number of new medicinal substances that are characterized by poor solubility and/or poor permeability, and it is very difficult to improve their bioavailability after oral administration. Additionally, the fourth industrial revolution is widely implemented in the pharmaceutical industry, in the production of solid dosage forms, bringing numerous innovations. First of all, these novelties refer to the application of new modeling methods using numerous artificial intelligence tools aimed at better prediction of product and/or process characteristics. The application of in silico models in predicting the release rate of drug substances from pharmaceutical forms is becoming an indispensable part of the modern drug development. Finally, modern 3D printing technologies have been intensively researched in recent years in the production of personalized solid pharmaceutical forms, which would enable the personalization of therapy.

Review by Aleksić et al. describes the challenges and perspectives of liquid-solid systems as a new approach in the production of solid pharmaceutical forms. Review paper by Nikolić et al. describes the advantages and limitations of compaction simulators for powder compression characterization. By using this device and modeling the compression process, the compression process and the entire tablet production process can be significantly improved. Đekić and Ćirić describe modeling of in vitro drug release from polymeric microparticle carriers. In their review, Vasiljević et al. describe and critically analyze mathematical approaches for the characterization of powders and multiparticle systems in drug development. Two original articles deal with 3D drug printing, namely: Jovanović at al. describe 3D printing and characterization of implants for drug delivery, while Adamov et al. describe the application of 3D digital light processing (DLP) techniques in the production of double-layer tablets. Application of artificial intelligence in the development of solid dosage forms are dealt with by two original articles: Đuriš et al. deal with the application of text-mining techniques for extraction and analysis of paracetamol and ibuprofen marketed products´ formulations. In their original article, Kovačević et al. describe the application of research and data analysis techniques in building a model for predicting the characteristics of gastro-resistant pellets.

University of Belgrade – Faculty of Pharmacy

Department of Pharmaceutical Technology and Cosmetology

MAKE A SUBMISSION
© Copyright 2023. Centre for Evaluation in Education and Science
This field is required.
Close
Ensuring a Blind Peer Review